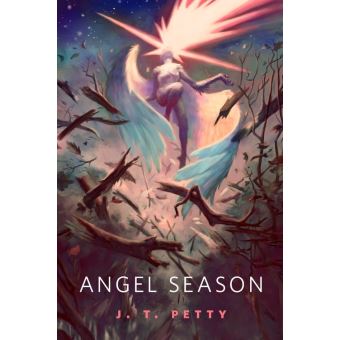 Lists with This Book. This book is not yet featured on Listopia. Jul 24, Soh Kam Yung marked it as to-read Shelves: Foundation, by Ann Aguirre 4. The Department of Alterations, by Gennifer Albin 5. Intestate, by Charlie Jane Anders 8. Legacy Lost, by Anna Banks 9. Dec 05, Shel rated it it was amazing Shelves: Started in October, finally finished in July! I'm giving the collection 5 stars, even though not all of the stories were 5 star pieces, because of the sheer volume of new authors I was exposed to and the wide variety of topics and styles.


Definitely going to look up the series this is prequel to. I had seen this one before when it was first published online and I think I enjoyed it even more the second time. Intestate, by Charlie Jane Anders - 4 stars. Legacy Lost, by Anna Banks - 2. I liked the premise, but the way it turned out was weird.

And the sample chapter of the Syrena series that followed didn't grab me at all. The Witch of Duva, by Leigh Bardugo - 5 stars. Really enjoyed this re-imagined version of Hansel and Gretel. Poignant meditation on art vs. Beautifully written and somewhat sad.

The Stories: Five Years of Original Fiction on Tor.com

Fairly silly premise, fun to read. Didn't like this one at all. I don't know if I missed something or what, but I kept waiting for the punch line and in the meantime growing more and more disgusted with the narrator - glad it was short enough that I didn't waste much time with it. The Cockroach Hat, by Terry Bisson - 3 stars. Shall We Gather, by Alex Bledsoe - 5 stars. Faeries in rural Appalachia!

Prophet, by Jennifer Bosworth - 2 stars. I understand that this is backstory for the villain in her book "Struck" but without having read that and from reading the reviews, I have no intention of ever reading it it lacked interest. I couldn't figure out what the heck was going on. Might have just been too tired to appreciate it, though.

A neat twist on time travel. The Memory Coder, by Jessica Brody - 3 stars. The Desecrator, by Steven Brust - 4 stars. A fun little piece of backstory for the Vlad Taltos series, but don't bother with it if you haven't read any of the Vlad books because you probably won't get it. Our Human, by Adam Troy Castro - 3 stars. I wanted more backstory, it was interesting but felt like there was some fascinating history that I really wanted to know about.

Beautiful story about how relationships change when all lies are exposed. Fare Thee Well, by Cathy Clamp - 4 stars. Never thought I'd describe a short story that takes place in a mortuary as fun, but this one was! The Commonplace Book, by Jacob Clifton - 4 stars. What Makes a River, by Deborah Coates - 3 stars. Enjoyable, but felt a little thin. The Ghosts of Christmas, by Paul Cornell - 3 stars.

Neat concept, but the main character annoyed me. The Elephant in the Room, by Paul Cornell - 3 stars. I probably would have enjoyed it more had I been more familiar with the Wild Cards books, because it seems this story is a sequel to something that happened in one of the novels Day One, by Matthew Costello - 3 stars. Standard zombie apocalypse fare. Doesn't catch my interest enough to make me go read the series it's prequel to.

I had no idea what this was about. Tourists, by Sean Craven - 2 stars. Aliens enamored of Christian Science? Day - 4 stars.

I think I would have enjoyed it even more had I been familiar with the world and the characters; I'm definitely intrigued. Dellamonica - 5 stars. Love seeing LGBT characters pop up in speculative fiction and a little annoyed with myself at how long it took for me to catch on to the fact that the narrator was a lesbian, not a man.

And also, baby werewolf! Dellamonica - 4 stars. Really enjoyed the worldbuilding on this one. Reading some of the reviews of this individual story, it seems there's a rumor that the author is working on a novel set in this world. Nice little love story. I know some people who belong in the Order of Reflective Analytics! On Petercook, by Andy Duncan - 2 stars.

I get what he was trying to do, but I was bored with the story. Yes, I know that was kind of the point. Falksen - 4 stars. Love the idea of the tit-tat. I'll be looking up the novel that this was prequel to. The Iron Shirts, by Michael Flynn - 2 stars. Maybe I was just tired while I was reading it, but I had trouble keeping track of all the Gaelic names and kept getting confused who was who, so I didn't really know what was going on.

Weird little story - I wanted to know more. Lightbringers and Rainmakers, by Felix Gilman - 4 stars. Really enjoyed the narrative voice in this one, may pick up the novel that was the first introduction to this world.. Shade, by Steven Gould - 4 stars. Definitely made me want to pick up the Jumper series. Bugs in the Arroyo, by Steven Gould - 4 stars. Evidently this is a sneak peak at a novel yet-to-be-published, and though I loved it I could tell it wasn't quite a complete story. Steampunk Quartet, by Eileen Gunn - 3 stars. I may have appreciated it more had I been more familiar with the source material she was riffing off of.

I guess the chance to be a character in the stories had been auctioned off, so that must have been fun for the people who got to be included, but for the rest of us wasn't especially interesting. Mother, Crone, Maiden, by Cat Hellisen - 3 stars. Yet another short story that's a prequel to an already-published book. It was ok, but didn't really grab me enough to make me buy the book, even having read the sample chapters that were included.

I really enjoyed this bittersweet tale of wish granting. I do feel like I missed some of the reading between the lines just because I read it late a night and was sleepy, so I should go back and read it again at some point. Too Fond, by Leanna Renee Hieber - 4 stars. Beautifully written dark tale. At the Foot of the Lighthouse, by Erin Hoffman - 5 stars.

A girl with a disturbing gift in a Japanese internment camp during the war. Ghost Hedgehog, by Nina Kiriki Hoffman - 4 stars. A fifth grade boy finds himself collecting ghosts who have unfinished business. Jackson - 3 stars. I think I would have appreciated it more had I read the books that this story is prequel to.

I'm finding that's the case with a lot of these stories. It did interest me enough that I might read the Thieftaker Chronicles, so I suppose Jackson did his job: It's not the destination, it's the journey. Ponies, by Kij Johnson - 3 stars. I'd read this one before, when it was first published on tor. Crazy Me, by James Patrick Kelly - 4 stars. An opthamologist with a doppelganger living in his garage - who's the "real" one, Crazy Me or Demented Me? First Flight, by Mary Robinette Kowal - 5 stars. Utterly charming time travel story involving the Wright brothers and an unlikely friendship between a centenarian woman from the present and a year-old boy in How to Make a Triffid, by Kelly Lagor - 2 stars.

The narrator starts off somewhat sympathetic but got annoying real fast. A Water Matter, by Jay Lake - 4 stars. From the reviews of the novel this was based on, I don't have much interest in reading it, but I did like the short story, particularly the group hunt.

The Speed of Time, by Jay Lake - 2 stars. A neat take on first contact. An insider's look at the development of a horrifying new bioweapon. Not really a story with a plot at all, but an intriguing glimpse into various alien civilizations and their attitudes towards starflight. The price of innocence. Earth Hour, by Ken MacLeod - 3 stars.

Not a whole lot to say about this one - it was mildly entertaining, anyway. Farewell Performance, by Nick Mamatas - 2 stars. I understood it, but didn't really get it, if that makes any sense. I liked this take on a vampire story. The Finite Canvas, by Brit Mandelo - 5 stars. The Hanging Game, by Helen Marshall - 2 stars. I suppose it was well done but I was definitely not in the right frame of mind to appreciate it when I read it. I might have given it a higher rating another time.

I liked the seashells. A unicorn named Steve! Sad portrait of a family struggling to deal with a loss. Preparations, by Mark Mills - 2 stars. This was just silly.

About Fairies, by Pat Murphy - 4 stars. Interesting take on fairy tales. I think this is another one of those that would make more sense if I were familiar with the novels, since it apparently takes place between books 2 and 3 of a trilogy. Hints of the backstory intrigued me, but I don't know if it caught my interest enough to make me seek them out.

Hello, Moto, by Nnedi Okorafor - 2 stars. Neat idea to combine witchcraft and modern technology, but the story didn't do it for me. Too bad, because I was looking forward to this one, having really enjoyed her novel Who Fears Death. Sacrifice of the First Sheason, by Peter Orullian - 5 stars. I really liked this origin story and will definitely be looking up the Vault of Heaven series! Set in the same world as the above at a much later time. The Battle of the Round, by Peter Orullian - 5 stars. An immediate sequel to the above. I just requested the first book of the series from the library: Sweetheart, by Abbi Mei Otis - 4 stars.

How to stop a war? Unite humanity against a common enemy. Ragnarok, by Paul Park - no rating. It's not fair of me to give this one star just because I don't like poetry. I'm sure this is a lovely poem, done in the style of the Icelandic Sagas, I believe, I just don't like this kind of thing and couldn't finish it. What do the four horsemen do with themselves when the Apocalypse is over? Pearson - 4 stars. Not sure how it would hold up if you weren't familiar with the source material. Petty - 3 stars. Interesting premise, didn't love the characters.

Silver Linings, by Tim Pratt - 4 stars. At first I dismissed the story as just a silly riff on an old idiom, but it took an interesting twist with the revelation of the protagonist's identity and the reason he was in hiding. It might have been 3 stars had I not already been a little familiar with the Wild Cards universe, having read up on the Wikipedia page after reading the first few Wild Cards stories in this collection!

What is Kobo Super Points?

Swingers, by Robert Reed - 2 stars. Lovely story, somewhat predictable but very well-done otherwise. Jack of Coins, by Christopher Rowe - 3 stars. Okay story, nothing especially noteworthy about it one way or another - could have been an interesting setting for a longer piece. It kind of made my head hurt, but in a good way. Good Night, Moon, by Rudy Rucker - 2 stars. A little too surreal and cyberpunky for me. Loco, by Rudy Rucker - 1 star. Bizarre little piece of nonsense. I actually really liked this, but it left me unsatisfied and not quite understanding.